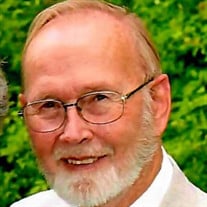 Ernest P. Deines age 87, born July 28, 1933 to Edward and Jessie Deines at Ellis, Kansas. He was the youngest of 7 children. Graduated Wray High School, Wray, Colorado in 1951. Attended Colorado State University on a football scholarship. Played for two years before being accepted into Veterinary College at CSU. Received his DVM degree in June 1957. Practiced for two years in Clovis, New Mexico. Joined the USDA Inspection Service and trained at Waco, TX before being assigned to Springdale, AR. Active in the Catholic church at St Joseph Parish, and was the Grand Knight in the Knights of Columbus, at both Springdale and Tontitown, AR. After retiring from the USDA, he became active in the National Association of Retired Federal Employees serving in local and state offices. Also belonged to the National Association of Federal Veterinarians, serving as President, Vice President, and on the Board of Directors in Washington, DC for eight years. Ernest is survived by his wife, Norma of 66 years and his sister Edna Pilkington; five children: Charles (Carolyn), Melanie (Kim Schmidt), Teresa (Stephen Clapham), Jim (Nathalie), and Frances, 12 grandchildren and 16 great grandchildren. Services will be Monday February 15, 2021 at St Joseph Catholic Church. Rosary at 9:30 am. Funeral Mass at 10:00 am. In lieu of flowers, the family requests donations to the Circle of Life Hospice at 901 Jones Road, Springdale, AR 72762.

The family of Ernest P. Deines created this Life Tributes page to make it easy to share your memories.

Send flowers to the Deines family.