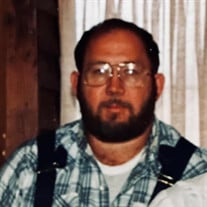 Everett Clarence Kendrick, Jr., 79 of Springdale passed away Monday, February 21, 2022 in Pawhuska, Oklahoma. He was born July 30, 1942 in Springdale to Everett Clarence Kendrick, Sr. and Arla Ruth Sullins Kendrick. Everett worked as an Airplane Mechanic for many years. He served in the United States Navy for twenty years where he served in Advanced Electronic Warfare Applications and he was a Surface Electronic Warfare Officer. He graduated from the College of the Ozarks. , He was preceded in death by his parents, Everett and Arla Kendrick,, one sister, Darleen Kendrick, four nieces, Shelly Rich, Tara Perry, Courtnie Smith and Tracy Rich, one brother-in-law, Gene Rich. Survivors include three sisters, Jeannie Rich of St. Joseph, Missouri, Tassie Perry and husband Bob of Patrick, Arkansas and Sharon Higgins and husband David of Lowell and many nieces and nephews. Graveside services will be Monday, February 28, 2022 at 2pm at Zion Cemetery with Bob Perry officiating. Visitation will be Monday from 12pm to 1:30pm at Sisco Funeral Chapel of Springdale. Online condolences may be left at www.siscofuneral.com

The family of Everett Clarence Kendrick Jr. created this Life Tributes page to make it easy to share your memories.

Send flowers to the Kendrick family.