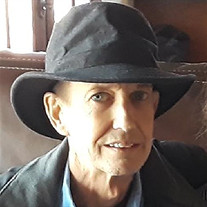 George Gerrish Alison Jr., a retired rural mail carrier who lived on Lake Elmdale, died Jan. 28, 2020, at the University of Arkansas for Medical Sciences Hospital in Little Rock. He was 59. He was born Sept. 21, 1960, at Liberty, Missouri, to George and Martha Yancey Alison. The family moved to Fayetteville in 1965, where he attended public schools, graduating from Fayetteville High School in 1978. He also attended the Sam M. Walton College of Business before leaving for work opportunities. As a young man, he worked at McDonalds, where he said he got to know kids as customers. Then he worked at IGA, where he got to know all the kids’ parents as customers, and then he worked at Walmart, where he got to know them as whole families. He worked more than 30 years as a rural mail carrier for the U.S. Postal Service, delivering mail on routes that started out as country roads but which became more and more urbanized during his career. His greatest joy on the job was meeting people along his routes who came out to the road for their mail and stayed for conversations with George. He retired in 2018. Like his father, George had a sardonic sense of humor that continued throughout his life, and like his father, he seemingly collected everything under the sun, from TV Guide magazines to relics and ephemera of the Frisco Railway. He also enjoyed bicycling and birdwatching. He was a member of the Arkansas Boston Mountains Chapter of the National Railroad Historical Society and the First Christian Church (Disciples of Christ) of Fayetteville. He was happiest at his lake house, rain or shine, planning projects, working crossword puzzles and loving his family, friends and pets. He followed his heart and was methodically enthusiastic about living. He was a humble, patient and kind person, firm in his own beliefs but respectful of others. He was preceded in death by his father; a younger brother, James Alexander Alison; and a long-time friend, John Stephens. Survivors include his wife, Eunice “Uni” Delateja; his mother, Martha Yancey Alison; a daughter, Taylor Alison Hight and husband Will; a son, Joshua Hayes Mauthe Alison and wife Gina; a stepson, Chris Brewer; a sister, Betty Arambel and husband Dave; a brother, Charles Alison and wife Alison Alison; nieces Sara Ruckenbrod and husband Ray, Hanna Robbins and husband Kabel, and Martha Arambel; a nephew, Ernie Arambel; step-nieces Leah Allison and Mae Arambel; step-nephews John Arambel and Luke Fowler; and several grandchildren, great-nieces and great-nephews. Memorials may be made to the Shiloh Museum of Ozark History in Springdale for its ongoing preservation of railroad history or to either the Springdale or Fayetteville humane shelters. Online condolences may be left at www.siscofuneral.com

George Gerrish Alison Jr., a retired rural mail carrier who lived on Lake Elmdale, died Jan. 28, 2020, at the University of Arkansas for Medical Sciences Hospital in Little Rock. He was 59. He was born Sept. 21, 1960, at Liberty, Missouri, to... View Obituary & Service Information

The family of George Gerrish Alison Jr. created this Life Tributes page to make it easy to share your memories.

Send flowers to the Alison family.