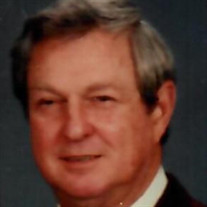 Homer Andrew Shumate, Jr., (Major-USAF) was born on November 22, 1930 in Pine Bluff, AR, the only child of H.A. Shumate, Sr. and Claudia Parker Shumate. He passed from this life on July 18, 2020 at the age of 89 in Springdale, AR. He was pre-deceased by his high school sweetheart/wife of 64 years, Shirley Smith Shumate on March 26, 2016 and his youngest daughter Teri Shumate on April 18, 2019. He is survived by daughter Susan Shumate and son James Shumate, both of Springdale, AR, grandchildren Anthony and Kelsey Shumate of Seattle, WA, as well as his adoring dog Coco. He dearly missed meeting with friends at Panera Bread for their weekly coffee socials during the last few months due to COVID-19. Andrew grew up in the Rose City area of North Little Rock. He played high school football at NLRHS and received a scholarship to play at Little Rock Junior College (now UALR). He was a member of the team that played in the Junior Rose Bowl in Pasadena, CA December 10, 1949. He loved telling stories of Coach Jimmy Karma’s team of Arkansas boys taking the train to California and what fun they had, including a victory. He joined ROTC during that time; thus, beginning a 22 year Air Force career. Having grown up during the depression, his dream was to become a pilot, travel to faraway places and experience opportunities not available in Rose City. Thankfully, Shirley shared the same dream. During his USAF career from 1951-1973, he piloted B-29, C-124, C-124, C-47, and KC-135 aircraft of the Strategic Air Command. He was stationed at Vance AFB, Castle AFB, Pinecastle AFB, McCoy AFB, Giebelstadt AFB, Texas A&M University, Nha Trang and Bein Hoa Vietnam, Little Rock AFB and Grissom AFB. While stationed in Germany from 1961 to 1964, the family traveled/camped to 16 countries. And this was before Europe became so ‘Americanized.’ He received numerous citation/awards for meritorious service including air medal with first oak leaf cluster on November 1, 1967, air medals with second through tenth oak leaf clusters October 1967 to August 1968 for meritorious achievement while participating in aerial flights over Southeast Asia, the distinguished flying cross for extraordinary achievement while participating in arial flight as a C-47 aircraft commander over Binh Long Province, Republic of Vietnam on November 2, 1967, and the Air Force Commendation medal of citation for meritorious service July 7, 1971 to January 31, 1937. After military retirement in 1973, Andy and Shirley were anxious to return to Arkansas. They settled in North Little Rock again and Andrew worked for another 16 years utilizing his industrial engineering degree at DLM, Inc. in Malvern, AR and Polyvend, Inc. in Conway, AR. They still loved to travel but at a little slower pace. They RV’ed through 49 states, Canada and Mexico. Hawaii had to be reached via air twice though! In 1999, they relocated from Central Arkansas to Springdale to be closer to their grandchildren, son and daughter-in-law. They also joined Cross Church-Springdale at that time and have made many close friends over the years. Burial will be Wednesday, July 22, 2020 at the National Cemetery in Fayetteville, AR. As is military custom, he will be interred with his pre-deceased wife Shirley in the same grave. A funeral service will be held at Sisco Funeral Chapel in Springdale at 10 AM. Visitation will be held from 9:30 AM to 10 AM. Charlie Foster of Cross Church Springdale will give the eulogy. To this day, Susan and James have always been grateful that their father and mother had a vision to expose their children to all of the wonders of traveling and living in many different states and countries, to expand their knowledge of different cultures and experiences far beyond the exposure afforded living only in one place one’s whole life. We thank you and love you both dearly. Online condolences may be left at www.siscofuneral.com

Homer Andrew Shumate, Jr., (Major-USAF) was born on November 22, 1930 in Pine Bluff, AR, the only child of H.A. Shumate, Sr. and Claudia Parker Shumate. He passed from this life on July 18, 2020 at the age of 89 in Springdale, AR. He was pre-deceased... View Obituary & Service Information

The family of Homer Andrew Shumate Jr. created this Life Tributes page to make it easy to share your memories.

Send flowers to the Shumate family.