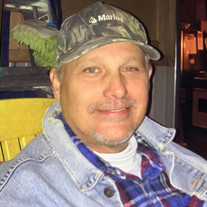 James Randall Holiman, died Friday, May 22 2020. He was 65. He was born February 6 1955, in Ozark Arkansas, to Reid Holiman and Jackie Holiman. James, or ‘Randy’ as he was universally known, never met a stranger. He was always ready with a joke, a sly wink, and a clap on the back. He blazed through his early life, freely bouncing across the country working on an oil derrick, and other jobs that fit his personality. Bold, risk taking, untethered. At that time he claimed he could fit his whole life into a dresser on the back of his Chevy El Camino. After ample exploration, Randy returned to Springdale and received a Bachelor of Arts in Agriculture from the University of Arkansas. After founding Global Marketing Support Services at the University of Arkansas, Randy had his first son, Chase Randall Holiman, followed closely by his second son, Mason James Holiman. To him, his boys were his greatest achievement. In their childhood, Randy delighted in teaching them to fish, shoot, and drive. He was fiercely proud of their achievements and talked about them to anyone who would listen. Randy found Sara Marley late in life, marrying her in 2016. Together they started a new life complete with their beloved dogs and he was content. Randy is survived by: his wife, Sara Marley Holiman of Elkins AR; his sons, Chase Holiman of Fayetteville AR and Mason Holiman of Springfield MO; his mother, Jackie Holiman of Springdale AR; his brothers Brett Holiman of Little Rock AR, Mike Holiman of Atlanta GA and their families. There will be a visitation on Saturday May 30th from 11 a.m. to 1 p.m., with a time of remembrance beginning at 12 p.m. The visitation will be held at Sisco Funeral Chapel, 705 W. Meadow Ave., Springdale AR. If possible, please bring a mask, and kindly try to respect social distancing guidelines. Online condolences may be left at www.siscofuneral.com

The family of James Randall Holiman created this Life Tributes page to make it easy to share your memories.

Send flowers to the Holiman family.