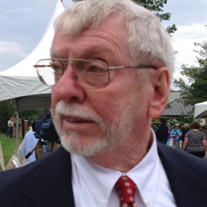 John (Johnny) Southerland, Sr., 78 of Springdale died January 6, 2020 from a brief battle of cancer. He was born September 19, 1941 in Memphis, Tennessee, the son of Ray Virgil Southerland and Ida Mae Ripley. He is survived by his wife of 55 years, Vande Rickey Southerland, married January 16, 1965; sons, John Ray Southerland, Jr. (Sande) of Little Rock and Robert Rickey (Rick) Southerland, grandchildren, Grant of Fayetteville and Presley and Ridge of Little Rock. He held a BBS degree from The University of Memphis and an MBA from Mississippi College. He served in the United States Marine Corps. John, working 44 years with Hoffmann LaRouche Laboratories in medical sales and marketing, living 13 years in Jackson, Mississippi, moving to Little Rock for 30 years before retiring to Springdale. He will be remembered for innumerable achievements and sales skills and his talent for mentoring and training representatives, always stating the secret of the three P’s — Patience, Persistence and Perseverance. In 2015 John was inducted into the Arkansas Swimming Hall of Fame for his 10 years as the Arkansas Official’s Chairman beginning in 1981, traveling state wide conducting clinics to standardize and upgrade officiating within the state thus raising the quality of Arkansas swimming officiating to a national level. He officiated at both regional and national meets, The International Meet, The Olympic Sports Festival and The U.S. Olympic Trials. He was an avid runner, bicyclist, riding in Ragbrai and Hotter Than Hell 100, a tennis player, enjoyed boating and camping on Lake Ouachita, a great cook and connoisseur of wine, and traveling to the Gulf Coast. Most of all, he treasured memories of duck hunting with his sons. After retiring he acquired his real estate license and became a Master Gardener, volunteering at the Botanical Garden of the Ozarks and Mock Park in Prairie Grove, Master Naturalist, and member and president of the Sons Of The American Revolution, so proud that his Patriot was a settler of Madison County Arkansas. He served on the board of the Washington County HIV Clinic He was also a Lifelong Sigma Chi Fraternity and member of St. Paul’s Episcopal Church. He wished to be cremated and his ashes scattered where he hunted with his sons. Memorial services will be Tuesday, February 11, 2020 at 11 AM at St. Paul’s Episcopal Church in Fayetteville. Online condolences may be left at www.siscofuneral.com

John (Johnny) Southerland, Sr., 78 of Springdale died January 6, 2020 from a brief battle of cancer. He was born September 19, 1941 in Memphis, Tennessee, the son of Ray Virgil Southerland and Ida Mae Ripley. He is survived by his wife of 55... View Obituary & Service Information

The family of John (Johnny) Southerland created this Life Tributes page to make it easy to share your memories.

Send flowers to the Southerland family.