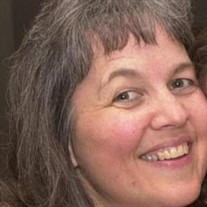 Laura Beth Finch age 64, of Springdale, Arkansas went home to sing with the angels, hug her daddy, and explore the universe on April 12, 2020. She leaves behind her loving mother, Marjorie Lawson Hart, sister Deborah Hendrix, her best friend and husband of 40 years, Jay Finch, three sons, Lucas, David, and Nathan, a daughter, Charlotte, four grandchildren, Dajah, Donovan, Aiden and Liam, one great-grandchild, Cameron, and countless friends, now reunited with her daddy, little brother, CB, Papa, and many other family members and friends who preceded her. Beth was born March 1, 1956 in Lake Wales, Florida to Hassell and Marjorie Lawson. She graduated from Springdale High School in 1974 and then attended nursing school at Burge School of Nursing in Springfield, Missouri. After starting her nursing career in St. Louis, Missouri, she headed west to New Mexico, where she became one of the first female law enforcement officers in the department. She met Jay while they were investigating a homicide on the Navajo Reservation. They eventually decided to hang up their spurs and start a family. Beth returned to nursing where she built a career in diabetes education. When she wasn’t working at the hospital she was wrangling cattle on her family farm, raising three boys, and organizing mission trips that took her around the world. We lost a real gem. It’s a rare person who knows her worth and embraces life without a care for what others thought or whether the world was ready for her. She wasn’t one who suffered fools gladly, often joking that she was going to start a slapping line. She struck a hard bargain—used car salesmen were always relieved to see her go. She was always playful, charismatic, loving, kind, laughed often, loved others deeply, and certainly never met a stranger (regularly embarrassing her boys with her random, deep conversations with strangers). She was most comfortable in blue jeans and boots, riding high atop her John Deere or exploring Bull Canyon with Judge Two Birds. She gave everything she had to others who needed it, even when it was a sacrifice. She recognized the many gifts she had been given and never lost sight of them when things got tough. She taught us that many people had heard about Jesus but few had experienced Christ-like people in their life, so we should try to be that example in the world. Today she’s at peace. There’s no more pain in her rodeo knee, no more wheel chairs, and she’s no longer having to deal with Nurse Ratched. She is free to explore the universe and sing with the angels—maybe beat them at Skip-Bo, too. Funeral services will be held graveside at White Oak Cemetery in Fayetteville, Arkansas at 2 p.m. on April 14th. A larger gathering of family and friends will be held at a later date to celebrate Beth’s life. Until then, indulge in one of her joys: read a good book, plant a tree, go for a hike, share your faith with a stranger, give more than you think you can to someone in need, visit someone in a nursing home, and hug everyone like you mean it. Online condolences may be left at www.siscofuneral.com

The family of Laura Beth Finch created this Life Tributes page to make it easy to share your memories.

Send flowers to the Finch family.