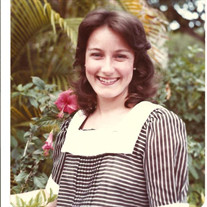 Leigh Ann Bailey Mendenhall entered into eternal grace on October 25, 2020 in Springdale, Arkansas. A longtime resident of Springdale, she was born August 22, 1954 in Newport, AR to Jack and Betty Jo Bailey where she made lifetime friends. When her father reentered the U.S. Air Force, she found herself on the move living in Texas, the United Kingdom and Hawaii as a child. While her father was in Viet Nam, the family lived in Springdale where once again she made many lifelong friends. After graduating from high school in Hawaii she attended the University of Arkansas, earning a degree in Sociology. It was there she met the man who would become her mate for life, Matt Mendenhall. After graduation, they married on May 14th, 1977 and she began another adventure moving to many different locales as the wife of an Air Force pilot. Included were stops in Oklahoma, Hawaii, United Kingdom, Nebraska and Georgia. Her love for travel and adventure included stops at places such as the Korean DMZ, the Berlin Wall, skiing in Austria, and sightseeing in Wales, Scotland, France and Germany among others. A gentle soul who never knew a stranger, she was known for her ability to make a friend on the spot and always had an empathetic ear for those in need. She worked in various jobs in human services, banking, retail sales and as an owning partner in a local business before retiring a few years ago. Her love for the Lord and gift of hospitality led her to host several different Bible studies at her house where she made everyone welcome and delighted in serving a delicious dish. She did this even when fighting her own battle against cancer, carrying this burden with grace and dignity. Leigh Ann is survived by her husband of 43 years, Matt, and son Bailey. She is also survived by her Mother, Betty Bailey; brother Scott Bailey and wife Nancy; and James Gardner, a close cousin raised by her parents in addition to many nieces, nephews and cousins. She was predeceased by her father, Jack Bailey and twin sons Nathan and Samuel. A funeral mass will be celebrated at 10:30am Saturday October 31st at St. Raphael Catholic Church in Springdale. The service will be conducted with social distancing and masks will be required. For friends who are not able to attend the service, it will be live streamed from the St. Raphael Facebook page. In lieu of sending flowers the family ask that you consider a donation to St. Raphael Food Pantry (1386 S. West End St. Springdale, AR 72764) or the Springdale Animal Shelter Foundation (1549 E. Don Tyson Pkwy Springdale, AR 72764). Online condolences may be left at www.siscofuneral.com

Leigh Ann Bailey Mendenhall entered into eternal grace on October 25, 2020 in Springdale, Arkansas. A longtime resident of Springdale, she was born August 22, 1954 in Newport, AR to Jack and Betty Jo Bailey where she made lifetime friends.... View Obituary & Service Information

The family of Leigh Ann Bailey Mendenhall created this Life Tributes page to make it easy to share your memories.

Send flowers to the Mendenhall family.