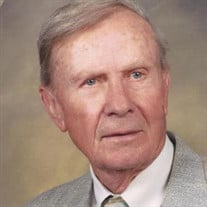 Not sure what to send?

Leslie (Les) Byrum Weir, aged 98, passed away Saturday, June 18, 2022 in Bentonville, Arkansas after what he once referred to as “a good run.” A part of The Greatest Generation, he was born October 15, 1923, to Parker James Weir and Laura Mae Byrum Weir in Barling, Arkansas. He and his siblings were raised on the family farm in Barling until their land became a part of Fort Chaffee. The family then relocated to Rye Hill south of Fort Smith and continued farming on Weir family land. Upon graduation from Greenwood High School in 1943 Les promptly enlisted in the Navy. He served with the 129th Navy Seabees during WWII in Hawaii and the Philippines. During a troop review in Hawaii, he had the privilege of meeting and talking with President Franklin D. Roosevelt. He was honorably discharged in 1946 when his commanding officer was made aware of his intention to attend college on the GI Bill. He attended the University of Arkansas where he was a member of Sigma Nu Fraternity and ultimately graduated with a Master of Science Degree. His area of special interest was Poultry Genetics. In 1949 he married Athadean Self of Waldron, Arkansas. By 1953 they had moved to Springdale, Arkansas where they raised their daughter and son. His employment history included Jeff D Brown Company where he was instrumental in developing the Brown’s Ledbrest Cockrel, George’s, and finally as General Manager for Cargill’s Sunny Fresh Egg Division. Les was well known in the Poultry Industry having been named Man of the Year in 1988 by the Arkansas Poultry Federation. He also served a term on the Arkansas Egg Council. It was once said of him that he had already forgotten more about the Poultry Industry than most people would ever know. He was a member of First Baptist Church in Springdale (Cross Church) having served on the Deacon Board and the Shiloh Christian School Board as well as several church committees. He also taught Sunday School for many years. His down time was spent hunting, fishing, and traveling with Athadean and their friends or grandchildren to places near and far. The yearly hunting trip to Colorado with his hunting buddies was one of the highlights of his life as was hunting or fishing with his son or any grandchild. Les was dealt a diagnosis of Alzheimer’s at the age of 88 and through all the progressive stages of the disease he never lost his sense of humor nor his pleasant demeanor. The family owes a debt of gratitude to the staff at Magnolia Place Alzheimer’s Special Care in Rogers, Arkansas for the excellent level of loving care given him for the last 15 months of his life. Additionally, the attentive and gentle end of life care given by Circle of Life Hospice staff in Bentonville, Arkansas is much appreciated by the family. Leslie was preceded in death by his parents; his wife, Athadean; two brothers, Parker Keith Weir, and Kenneth Neal Weir, and two sisters, Eula Roberts, and Geraldine Kesner. He is survived by a daughter, Brenda Weir Cox of Fayetteville and a son, Dr. James “Jim” Weir (Cindy) of Cave Springs and one brother, George Edward Weir (Darla) of Fort Smith. Additionally, he is survived by ten grandchildren, twenty great-grandchildren, and several nieces and nephews. A graveside service will be held at Bluff Cemetery in Springdale Saturday morning June 25th at 10:30 AM under the direction of Sisco Funeral Chapel with Charlie Foster officiating. Memorials in lieu of flowers can be made to Circle of Life Hospice Home at Legacy Village, 1201 NE Legacy Parkway, Bentonville, AR 72712.

The family of Leslie Byrum Weir created this Life Tributes page to make it easy to share your memories.