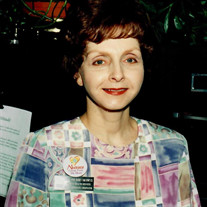 Dr. Linda Anne Wilson Barry, 77 of Springdale passed away Friday June 12, 2020 at Circle of Life Hospice in Springdale. She was born February 28, 1943 in Kansas City, Kansas to Alonzo Franklin Wilson and Alice Mae Rodenburg. She moved to South West Idaho in 1,945. Linda spent her youth in Nampa, Idaho. She received her Associate of Science in Premed at Boise Junior College, and as a single mother of two daughters she received her BS in Nursing from Walla Walla College. Masters of Nursing with Nurse Practitioner and Clinical Nurse Specialist Certificates from the University of Arkansas Medical Sciences at Little Rock in 1979, and the Doctor of Education, University of Arkansas at Fayetteville in 1990 while working a full time job. She served as a nurse in the Public Health Service Commissioned Corps at the rank of First Lieutenant in the 1970’s. She was a Service Connected veteran. She served as APN at the VA Medical Center in Fayetteville from 1978 until 2007 wearing many different hats. She started the Women’s Clinic providing gynecology and primary care services and served as the Women Veterans Coordinator. She was selected to represent all women veterans in the nation on a national committee with representatives of the military and Viet Nam Veterans Services to combine veteran and military records. She started the Stop Smoking Clinic for employees and veterans and helped many to stop the tobacco habit. She also served as the Employee Health Provider, inspected contract community nursing homes in four states, managed the home health and hospice referrals through the years, conducted stress management seminars and all types of patient and staff education classes. She developed and conducted a program on teaching patients and staff that was broadcast to all VAMC’s for continuing education. She was the first APN to receive national certification, prescriptive privileges, and a doctoral commissioned by the governor's office to teach a State class on Medical Ethics. She was selected by the Universities of Arizona and Utah to present her dissertational research “Diabetes and Tobacco Use: The effect of Information on Knowledge, Health Beliefs, and Decision Making.” She received national certification as a Gerontological Nurse Practitioner and served as chairperson, American Nurses Credentialing Center for all levels of gerontologic practice and also a member of the Test Development Committee helping write the exam for others to become certified. She served on multiple national committees and was selected to serve on the Best Practice Models for Advanced Practice Nursing helping to write the directive which still dictates how APN’s and clinical nurse specialists function in all VA medical centers. She was a Seventh Day Adventist christian attending different church each Sabbath providing the Special Music as a soloist. She believed God selected her occupation, that her work was not a job but a commission. She believed he blessed her with her children. She knew her purpose and believed he guided her. She did not fear life or death, hoped her life revealed His character and looked forward to living in Heaven and the New Earth with Jesus and her family and friends. Survivors include her brother Richard Dean Wilson of Nampa Idaho; two daughters, Jeanna Marie Finn of Hartman and Leah Anne Hutto of Bentonville;four granddaughters; Amanda Leigh Hollis of Bentonville, Allison Baxter of Bentonville, Chelisa Yarbrough of Hartman and Mariah Finn Brousseau of Clarksville; seven great grandchildren; Zane Smith, Adda Leigh Yarbrough, Nora Yarbrough, Jason Hollis, Xander Hollis, Korey Baxter and Kade Turner. She is preceded in death by granddaughter Ashleigh Jordan Finn and great grandson Andrew Gage Hollis. Cremation services are under the direction of Sisco Funeral Chapel. No services are planned per her request. Online condolences may be left at www.siscofuneral.com

The family of Dr. Linda Anne Wilson Barry created this Life Tributes page to make it easy to share your memories.

Send flowers to the Barry family.