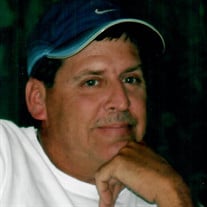 Richard Dean Meier May 3, 1957 – March 20, 2021 Springdale, Arkansas A musician, funny guy and good friend, Richard Dean Meier passed away on March 20, 2021. He is survived by his mother, Joan Meier, son, Jason Meier, and brother Randy Meier, his wife, Christine, and their five children, along with many aunts, uncles, cousins, nieces and nephews. He was preceded in death by his father, Dickie Dean Meier, his grandparents Boyd and Clara Henderson and Wendall and Alice Meier. Born in Port Angeles, Washington on May 3, 1957 to Joan and Dickie Meier, retired Coast Guard. Learning to walk on the shores of the Pacific Ocean, Rick spent his toddler years in Port Angeles, Washington. Thirteen months after Rick was born, his little brother Randy joined the family, and it was ‘Rick and Randy’ from that day forward. Rick followed the family to Westport, Washington; Groton, Connecticut to the Coast Guard Academy and back to the west coast to Newport, Oregon, where they lived in their first house next to the lighthouse. Their next move was to Pearl Harbor, where Rick was often the man of the house, when his dad was out to sea, patrolling the waters near the islands, on a buoy tender. After a few years, the family made its way to Michigan's Upper Peninsula, where fishing the Great Lakes was a daily event, if the waters were not frozen over. One last stop in Rochester, New York, where the music began and where Rick found his first job, at the Hess gas station. This started his life of taking care of others. Rick was always one step ahead of his little brother Randy, who did everything he could to catch up, including strumming his guitar and getting his Hess gas station uniform. Life in Springdale began at the age of 15 when the family moved south. There he met the guys and gals, that would be his friends for life. Rick enjoyed playing music for the school and about town with his second street band. Just before graduation Rick decided the Navy was the place for him. Guitar in hand, he made his way to San Diego, and spent the last year of the Vietnam War on the aircraft carrier USS Ranger, just off the coast of the Philippines. After his four-year stint was over in the Navy, Rick returned to Springdale. Rick’s guitar playing had greatly improved and he thought it was time to get a band together and so he made that happen. The first band was Imagine That!, the next Wylie Coyote and then Candy and The Cannolis. The members came and went, but the music never stopped. Rick married his greatest fan and together they had their son, Jason. Married life was not for Jennifer, so Rick, Joan and Dick had the opportunity raise Jason. Rick loved the ladies in his life and talked about them often. When asked where the ‘she’ in his life might be, he would say, “well ‘she’ was having a little trouble (grin) getting along with me today” Rick was always a craftsman at heart and loved working with his hands. Side by side with his dad, they started D&R Door Window and Screen. He then became an integral part of DMD Industries with his brother and sister-in-law, Christine and a few other family members along the way. They all worked together from a garage to build a team of 450 people and were working from two warehouses, in Springdale, making and shipping crafts supplies to stores, all over the country. The company was sold, and his next adventure was to work with Randy with his next company, Outdoor Water Solutions, where they assembled and built windmills that were designed to aerate ponds. He then stepped right into a role at another company with his brother, Canvas Corp, leading a team and where he finished his career. Rick retired from working in the family businesses and opted for mowing his big field and enjoying the country life. For a guy who didn’t really like ‘people touching his stuff, it was the perfect place.’ He also had plenty of space to create a music studio where he could play music for hours. There might not have been a band, with a name, but the music continued. We honor the man who would assist anyone who needed help; though he may threaten a punch, he would never harm a fly and he always had the best way of saying things only Rick could. So, in the words of Richard Dean Meier, “A feller can’t be a bouquet of flowers every day!” Richard Dean Meier will be buried at the National Cemetery in Fayetteville on Friday, March 26, 2021 with immediate family. We will celebrate Rick’s life Saturday, March 27, 2021 at Victory Church NWA • 250 Industrial Circle East • Tontitown • 11:00am. For those interested in making a donation in his honor may we suggest a contribution to the 7hills Center, Fayetteville, Arkansas.

The family of Richard Dean Meier created this Life Tributes page to make it easy to share your memories.

Send flowers to the Meier family.