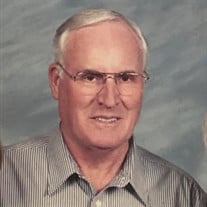 Riley (Bob) Hugh Collins 88, of Springdale passed away June 23rd at his home surrounded by his family. He was born October 15, 1932 in Huntsville, Arkansas to Dison and Amo Griffth Collins. Bob is survived by his wife Fredina of 69 years, one daughter Rhonda, One sister Mary Carver one brother Jim Collins all of Springdale, and Several nieces, great nieces, nephews and great nephews. Bob was preceded in death by his parents, and 4 brothers, and 4 sisters. Bob and his wife Fredina, attended Cross Church in Springdale Bob, never let the grass grow under his feet. he owned and operated Collins Sheet Metal and Collins Real Estate. after retiring from real estate, he joined his wife at Wal-Mart Corp. where Bob worked till his wife’s retirement, then they both went to work for the Springdale School System for several years. His last job was with O’Riley Auto Parts, which he always said was his favorite. He said just “dropping off parts and making friends' '. He finally retired at the age of 80. To say Bob never met a stranger is an understatement. He could start talking to someone, and before the end of the conversation they usually found out they knew some of the same people but most of all he left making a new friend. Riley was famous with family and friends for his Jokes. You never knew who laughed more, him, or the one he was telling it to. Unlike most he was not a fisherman or a hunter he was a family man. Bob loved his family more than life itself. Bob was the patriarch of the Collins family. No matter which role needed to be filled throughout the years, he stepped in and filled it. Over the last few months of his life he treasured every minute of family and friends stopping by. He shed many tears thanking God for the life he gave him. We know when Bob arrived at Heaven’s Gate, God met him there and stated, “Job well done” and presented him with a crown full of jewels. Funeral services will be Wednesday, June 30, 2021 at 1:00 P.M. at Sisco Funeral Chapel of Springdale. Visitation will be Tuesday from 5-7pm at the funeral home. Pallbearers will be Clint Ham, Buck Ham, Norman Gage, Timmy Carver, Jimmy Carver, Larry Lothes. The family would like to extend A very special thank you to Elite Home Care and Circle of Life, for their great care and compassion. Online condolences may be left at www.siscofuneral.com

Riley (Bob) Hugh Collins 88, of Springdale passed away June 23rd at his home surrounded by his family. He was born October 15, 1932 in Huntsville, Arkansas to Dison and Amo Griffth Collins. Bob is survived by his wife Fredina of 69 years,... View Obituary & Service Information

The family of Riley Bob Collins created this Life Tributes page to make it easy to share your memories.

Send flowers to the Collins family.