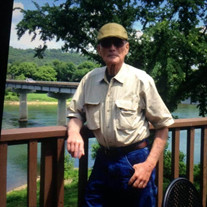 Robert E. “Bobby” Pianalto died on Feb. 23, 2021 at the Maples at Har-Ber Meadows in Springdale. He passed peacefully into heavenly rest on he and his wife Ruth’s 33rd wedding anniversary. Bobby was beloved by many in his community, especially his large family, and is already deeply missed. He was born on November 16, 1937 in Tontitown and baptized the following day. His parents Silvio and Emelia Pianalto were among the original Italian settlers of Tontitown who came to the U.S. by ship, entering at Ellis Island and following Catholic Priest Father Pietro Bandini to Arkansas. Bobby was the second youngest of nine children. He graduated from Springdale High School and held a bachelor’s degree in agriculture from the University of Arkansas. After obtaining a master’s degree in agricultural economics at the University of California, Davis, Bobby returned to Northwest Arkansas to become a major farming force in the tri-state area. He was one of the longest-running commercial grape growers in the area, and diversified his operations to include raising hogs and chickens for Tyson Foods. For many years, he served on Welch’s Foods Board of Directors as their regional representative. He also served several terms on the Tontitown City Council. Bobby was a determined, tenacious and hard worker, a loving family man and a faithful church worker. He was an altar boy at two churches each Sunday morning for many years. Despite his tireless work ethic, Bobby made time to indulge in his love of travel and nature, usually from behind the wheel of his motor home with Ruth, best friends Margie and Denny Ceola and beloved family. Bobby and Ruth traveled to nearly every state in the U.S. in their motor homes. Survivors include wife Ruth of the home; son Scott Pianalto of Tontitown, daughter Tina McDonald (Kirk) of Springdale, and son Sid (Jackie) Pianalto of Tontitown; step-children Michelle Bradford (Rob Smith) of Springdale, Jason Bradford of Garland, Texas, Amanda Bradford (Mills Dunlap) of Haleiwa, Hawaii, and Sheryl Shores (Gary) of Cave Springs; sisters Pauline Weathers and Helen McGinnis of Springdale, and brother Richard Pianalto (Antoinette) of Springdale; grandchildren Hayden McDonald (Lindsay), Ryne McDonald (Maddie), Hattie McDonald, Elly McDonald, Micah Pianalto, Millie Pianalto, Sidney Pianalto, Isabelle Pianalto and (newest addition) Hawkins Lee Dunlap; and great-granddaughter, Parker June. A sincere and heartfelt thank you to the staff and administrators at the Maples at Har-Ber Meadows for the love and care they showed Bobby over the past four years. A viewing will be held Tuesday, March 2, from 6 to 8pm at Sisco Funeral Chapel in Springdale. Covid safety precautions will be in place. A graveside ceremony for family will be held at a later date. Donations can be made to St. Joseph's Church in Tontitown where Bobby was a faithful and lifelong member. Online condolences may be left at www.siscofuneral.com

Robert E. &#8220;Bobby&#8221; Pianalto died on Feb. 23, 2021 at the Maples at Har-Ber Meadows in Springdale. He passed peacefully into heavenly rest on he and his wife Ruth&#8217;s 33rd wedding anniversary. Bobby was beloved by many in his community,... View Obituary & Service Information

The family of Robert E. "Bobby" Pianalto created this Life Tributes page to make it easy to share your memories.

Send flowers to the Pianalto family.