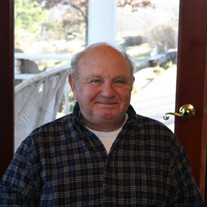 Stewart “Stew” Thomas Rynone, 77, of Goshen, Arkansas passed away peacefully on April 22, 2021 at his home. He was born on June 28, 1943 in Newark, New Jersey to Catherine and William John Rynone, Sr. Stew grew up in Irvington, New Jersey. He graduated from Irvington High School, where he was in the Chess Club, Wrestling Club, and played in the Orchestra. He attended and graduated from Arkansas Tech University, where he met many lifelong friends and the love of his life, Dixie. They married and as he likes to joke around and say, “have been together for 54 year, 7 of the best years of his life.” While at Arkansas Tech he played on the football team. He earned bachelor’s degrees in Political Science and History. Stew later went on to earn a master’s degree in Geography at Memphis State University. After graduating from Tech, Stew went into the Army and served his country in the Vietnam War, earning a Bronze Star and Army Commendation Medal, as well as putting in his heart a desire to help his fellow Veterans, which he has done. After the war, Stew worked for Calgon as a soap salesman, selling to factories and hospitals all over Arkansas, Mississippi, and West Tennessee. He met many a friend on these travels. While living in Cherry Valley, Arkansas, Stew became mayor one week when out on the road working and the mayor retired, and the other alderman voted him in. As mayor Stew improved the volunteer fire department, built a park, added a library to city hall, and planted Cherry trees in town. Stew had three girls and was very proud of them. After Cherry Valley, Stew and the family moved to Heber Springs, Arkansas. He went to work for Dubois and worked for them for a couple of years, before starting his own businesses, System Services and DRC. With System Services and DRC, they built and cleaned water cooling towers, sump tanks, and heat exchangers, as well as providing water treatment services, all over the state of Arkansas and some of Texas. Upon retirement, Stew sold his businesses to family friends, which are still going strong today. He is proud of the growth it has gained, and all the lives touched. In addition to work, Stew enjoyed his favorite hobbies, which included fishing with friends, traveling all over the world, gaining and using his private pilot’s license, fixing up old antiques and authoring his book On the Up Escalator Loving Life. Stew has always loved helping people and all the close friends he has made. He loves each of his friends and family dearly, and always loved a good story and a good visit. Preceding him in death are his parents, Catherine and William John Rynone, Sr. Those left to cherish his life are his beloved wife of 54 years, Dixie Dale Rynone; daughters, Cherie Bright (Rudy), Michelle Nelson (Saint), and Cindy Magee (Corey); grandchildren, Dean, Daisy, Wyatt, Summer, and Waylon, all of which he adored; brother, William “Bill” Rynone, Jr.; sister, Junith “Sis” Whitehead; nieces, Blythe and Kris; other family and their kids, Randy, Clarinda, Gale, Bob, Twyla, Othenile, and many other family members; and friends that are like family, Robin, Frank, Jason, Kelly, Denny, Derrick, Brandon, Brad, Rose, Mike, Scott, Johnny, David, Jackie, and many more. He will live on in his smart observations, amazing stories, sense of humor, caring nature, and the countless stories we all have. He will be greatly missed but we will all be reunited one day. Visitation will be held from 5 PM to 7 PM on Friday, April 23, 2021 at Sisco Funeral Chapel. A Memorial Service will be held at 11:00 AM on Saturday, April 24, 2021 at First Southern Baptist Church of Goshen under the direction of Sisco Funeral Chapel.

The family of Stewart "Stew" Thomas Rynone created this Life Tributes page to make it easy to share your memories.

Send flowers to the Rynone family.